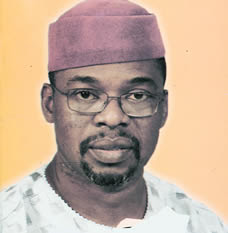 I have watched the events visiting the April 25 election in Ekiti with my jaw sorrowfully rested on my palm not because this macabre dance is strange but that these rogues who masquerade as leaders could bring their antics to us in open day.

It beats my imagination that after close to two years of general gubernatorial elections, we are still battling with the institution of a legitimate leadership in various states; you may tHEN want to ask when citizens of such state are expected to enjoy the so much celebrated but faintly felt dividendS of democracy. It is needless to say that those states that appear settled do not necessarily have a democratically elected leader but a product of well perfected rigging process.

Let’s note this well ahead of time that I still thank God I am a Nigerian despite these unpardonable flaws; it has above every other things offered me on the platter of gold, the opportunity to appreciate the other side of God’s creatures. While I must put it on record that our white counterparts are not any better, I have come to agree that they execute their crimes with a pinch of decorum and keep their dirty linens indoors. 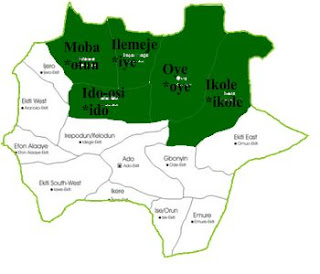 The Ekiti indigenes in their mind (at least if the truth would be said) wouldn’t have expected anything less, what would have further shaken them to the marrow however is the unrepentant and non-challant attitude of INEC in stealing their mandate.

I do not have any intention to speak for Kayode Fayemi whom in my own definition is also part of the elites who have continuously made democracy look like a favour rather than a right of the common man.
I want to take it a step further that his final emergence (if it ever comes to be) may not necessarily represent the ideal leadership needed to deliver to Ekiti people the long awaited dividends but it would give a semblance of conformity with democratic ethics.

The Nigerian version of democracy one way of the other has just refused to fit into the worldwide accepted model, a situation that has forced some outspoken individuals to call what we have a mere civil rule. I may not agree any less if South Africa is set to put her new government to work after less than a month while we are still struggling to come to terms with ours after almost two years!

Like I said earlier, I am not too surprised but embarrassed. This is because I am yet to find a meaningful answer to explain what message Mr. President thought he was passing across when he abandoned state assignments to attend Segun Oni’s rally in Ekiti before the April 25 elections. After some thought juggling moments, I came to a conclusion that, it’s either Yar’adua wants to make it clear he is a PDP President or that he is so idle as a result of not understanding his priorities as a President.

On the other hand, we may be out-rightly obnoxious to expect anything honourable from Mr. President who is also a product of a manipulated process, a fact that he openly agreed to. He might have been held back from making any sensible move truly if his conscience is alive.
It should have however turned out that for a man who has benefited so much from the ills of the system and also working around unduly celebrated electoral reforms, be seen doing the right thing to redeem himself having failed to take the most honourable option which is to have resigned from that office. (I beg to be disagreed with!)

Back to the Ekiti drama, I have seen a lot of people coming out to speak on it across board; even though they speak different languages and adopt different models; they seem to have come to a conclusion that INEC has done a sloppy job and that a winner has emerged from that election. You can not but agree if records and antecedent is anything to go by.

We should also pick some lessons from this post-election melee. First, it is important to understand that the role of an umpire calls for more than mere official details but some peck human dignity, self respect and fear of God. Maurice Iwu has continuously mistaken himself as a sleek criminal who is likely to get away with every of his tricks. His moves are deft and his explanations very hard to jettison; it takes a critical analysis of his every word to see the deceit and his unrepentant flair for malpractices.

I therefore can not be deceived by the saintly disposition of his anointed disciple in the Ekiti mandate scam, Mrs. Ayoka Adebayo, the Resident Electoral Officer in Ekiti. She must have been brought into these scheme for two clear reasons; either she is so weak and can be easily manipulated or very loyal and criminal-minded as Iwu!

Second, when you have allowed a criminal to walk around for a very long time without recourse to justice, he becomes a man of the people and tactically have his crimes swept under the carpet. We may not have an agreement on this especially if we want to place Fasoye, Ayodele side by side with the biblical Saul who later became Paul!

Men like Fayose should by now be behind steel bars awaiting the devastating effects of the hangman’s noose but for our porous and reckless judicial system they are seen walking tall and making policy statements.

It might come as a shock if this man gets a state pardon in recognition of his battle against his erstwhile masters; what else would you want to offer a monster eating up its creators. This is a golden lesson for PDP, do not let loose monsters you can not tame!

The final lesson to learn is differentiating between political acceptance and fame. Within the political setting (the way I see it), fame is a mere form of peoples’ knowledge of an individual. It doesn’t necessarily mean such person is identified with good things; Anini (the notorious armed robber) was famous you’d say while political acceptance on the other hand adds to fame, peoples’ endorsement of your person and what you are known with. This might be what is accounting for Segun Oni’s deafening silence and Kayode Fayemi’s march around Ekiti amid cheers and ovation.

In conclusion, the Ekiti version of our decayed system would get attentions for a while but would no doubt find its place in our historical cabinet, we can only wait for our Masters to deliver a wrapped gift of genuine leadership should they reason with peoples’ yearnings. All I know is that this is not likely to mark the end of this rape of the electorate.
Whatever comes out of this, I know that one day, we would all have to account for our every action not before men or Kings but before the Creator of the goods and the ills of the world. This might after all turn out to be necessary events that would have to bring us before God’s throne for judgment!

My sincere prayer is, Oh God! Let the will of Ekiti people be.
My heart goes out to the family of individuals who have lost one of their own in the quest for true democracy. I can only wish for them they get the ultimate reward for such loss!