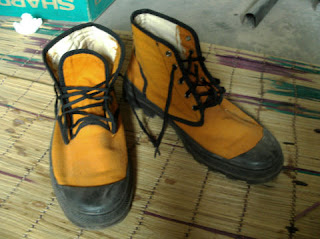 I write this piece with heavy heart not only to mourn the death of another Youth Corper in Borno State, but also to decry the spate of insecurity rocking our country.
The scars of the Plateau trio have barely cleared off when this news came again as yet another rude shock.
Our colleague, Miss Grace Adie Ushang, was raped, gruesomely murdered in cold blood and had her body dumped by a riverside by ‘unknown’ people.
This is a time for sober reflection and not a time to dig into political ills troubling Nigeria. A time like this raises lot of questions tucked under the umbrella of National insecurity and gross irresponsibility of the Government.
I might end up not asking for the killers to be brought to book as it may amount to waste of time. The Nigeria police has continuously improved her art of toll and bribe collection rather than investigate such events like this one.
It most definitely would amount to a wild goose chase looking up to the government for any respite given the comment credited to the NYSC DG, Brig. Tsigai that Corpers should take their own security serious as what they (government) provide can not be enough. Are Corpers expected to carry guns, bow and arrows or charm? It probably could mean that going out to fetch food in your NYSC uniform is insecured and frivolous!
I’d be shocked if anyone in government or NYSC would still expect any Corper within the state to be upright in the face of such terror that has befallen their colleague without an assurance that they are also save.

The point is made and no doubt, we seemingly can tell the end of the tale. No arrest would be made and the case would eventually make its way to the middle pages of newspapers and then back pages, then swept under the carpet only to surface when another Corper is killed.
I would have expected prompt actions like:
1. immediate withdrawal of the remaining youth corpers from such community and infact state.
2. A panel of inquiry to look into the matter.
3. Refusal to post subsequent batched of corpers to such community that must have been blacklisted. This option should only be up for reversal if the leadership of such state can put in an undertaken to protect corpers.
I would naturally have expected more were it a Nation driven by a Leadership that is up and doing but given what we have, i leave the questions of investigation and compensation for God to direct.
It is a time to lend our voices in questioning the unending attacks on corpers. I would on this basis appeal that all serving youth corpers put on a black vest as against the white vest on the 29th of October as we march to our respective local government secretariats for CD. That day would be a National mourning day for our colleague. A condolence register should also be opened at every local government for a whole week running.
This is a way i feel we could pass a message now that we can’t stage a walkout protest.
Grace is gone, nothing has happened: the likeliest question that crosses my mind now is: WHO’S NEXT???