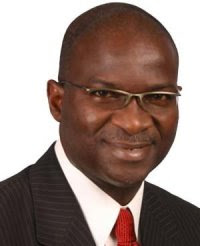 I have carefully observed the spate of work being done in Lagos state before putting together this piece. It does not however mean that I might not have made mistakes in my observations. We should however understand we are a reflection of the way we see things.

I find it important to start off saying that I do not eulogize Governors atleast as far as Nigeria is concerned. This is not because I am cynical or unable to praise whoever deserves it but that you find our various Governors wanting in one area or the other; this areas are so much tied to the acclaimed dividends of democracy that you begin to wonder what exactly the job of a Governor is.

Over a period of time, some Governors have been adjudged best performing Governors for reasons best known to the award-giving organisations. Looking critically into what these Governors have done to deserve such award, you would be shocked that they have won such awards on the basis of overblown projects executed by the administrations without a commensurate effect on the lives of the people and their immediate environment.

On the other hand, when a slightly active Governor is placed side by side a dead heads, you would be cornered to award the latter; atleast someone has to take the award home. In the final analysis, it becomes a proverbial case of a one-eyed man in the land of the blind. I can readily place my fingers on your response! 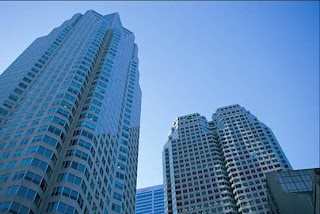 Having said that, I like to weigh the two sides of every of our folks’ teaching. When we master the art of punishing a child for doing the wrong thing, we should be fair enough to reward such a child for the right things he does. This would to a large extent build a balanced justice system for our almost unjust system. The essence of this seeming academic exercise is to in the first instance understand the concept of reward and punishment and then delve into the aspect of who should be praise or punished.

I have spent a reasonable part of my life in Lagos State while growing up so much so that I’ll be qualified to have a say in any discussion that is set to x-ray the then Lagos and what it is now. I naturally would not have so many to say but you would agree it suffices for a little boy to tell what his name and surname is, whether he is AA or AS would be asking for too much at such a tender age. In a nutshell, I know enough to say whether or not Lagos is improving.

After the April 14 gubernatorial elections and subsequent swearing in of elected Governors across the country, the story of Lagos was set for a rewrite.

It truly has not been a full tale of roses for all Lagosian for what some people referred to as cleansening instantly took some back to square one. Better put, what brightened the days of some, darkened that of some others.

We in any case can all not have the same definitions for every actions of the state Governor. While we therefore relish a dawn of a new Lagos, there is a need to look the other way to see what some others are going through. The idea is to have a practical and balanced understanding of the Fashola’s transformation; so if we have to commend him, he’d get a full one that I have no doubt he deserves.

I have for a long while battled bagging my BSc from OAU, Ile-Ife; this was such a fierce battle atleast you can define fierce if I can now post on the alumni group’s page of my alma matter!!!. The essence of mentioning this fierce battle is that it took me away from Lagos for such a long time, (for your consumption only; I had to put up in ibadan to finish my BSc palava once and for all).

On arrival in Lagos after the Ife chapter, my opinion couldn’t have definitely remained the same given what I saw happening in Lagos. Yeah, I missed my way couple of times and on one occasion I tried to get my friend to maneuver his way to get back on the right track; you can fill in the blank space. LASMA!!!

The Tinubu era in Lagos might have in the real sense laid a template for what is happening now, but we need to salute the resoluteness and will that has so far been displayed by our dear SAN Governor. I might truly not have a deep understanding of the political playings in Lagos, and you can hit me below the belt on that, the truth is you would agree with me that there seem to be a peck of seriousness in the drive to change the face of Lagos.

I was initially dancing round the BRT buses, though I have seen some of its Pilots behave in the most demeaning manners,(the Nigerian factor you’d say, I think we would gradually outlive that, thanks to the NAFDAC turned Minister of Info, Aunty Dora…that would come at another time!) but overall I think the BRT would outlive most of our misgivings and doubts.

The roads are also wearing new looks, illegal structures are bowing to the aggressive blades of bulldozers, concurrent building of roads and bridges, installation and planned deployment of CCTV around notorious areas in Lagos state. this is yet another aspect worth commending.

Anyone could have done this or could build roads though, but would we be fair to say not just anyone would have been able to pocket the menace in Oshodi and Mushin bringing the much sanity currently being witnessed.

Like I started earlier, a Nigerian Governor compared with his Nigerian counterparts may easily win an award for the best performing Governor but with the Fasholalistic style, the stakes may be a bit higher and we may have to pick Governors outside the shores of our country to compete with.

Here is the poser, would you nominate Gov. Fashola for the best Governor if Africa or not? Be fair about it and let’s know what you fill. One thing I would not do outside the shores of Nigeria is compare Senator. McCain of the USA with our very Senator. Omisore of Nigeria! (You definitely would have to remove the Senator title, it is worth the trouble!).

As if this is not enough, one other thing SAN has successfully done is to inculcate the spirit of development in the Lagos people. For once, Lagosians are willing to pay their tax without running after them; you can’t expect anything short though if the payment system is so convinient and also what payment of such monies is attached to.

What seized my breath is the mega city plan I have been priviledge to see; even if Fashola is ‘scoping’ us, I like to share that fantasy(whether it would come to pass or not, we are yet to see).

I do not intend to doubt the possibility of this, but having suffered this much neglect and abuse in the hands of democratic leaders, one may find this so hard to believe!

On a lighter mood as I sign out, I hope I don’t wake up one day and be told that all we have seen around Lagos and what we have been promised is APRIL FOOL!!!